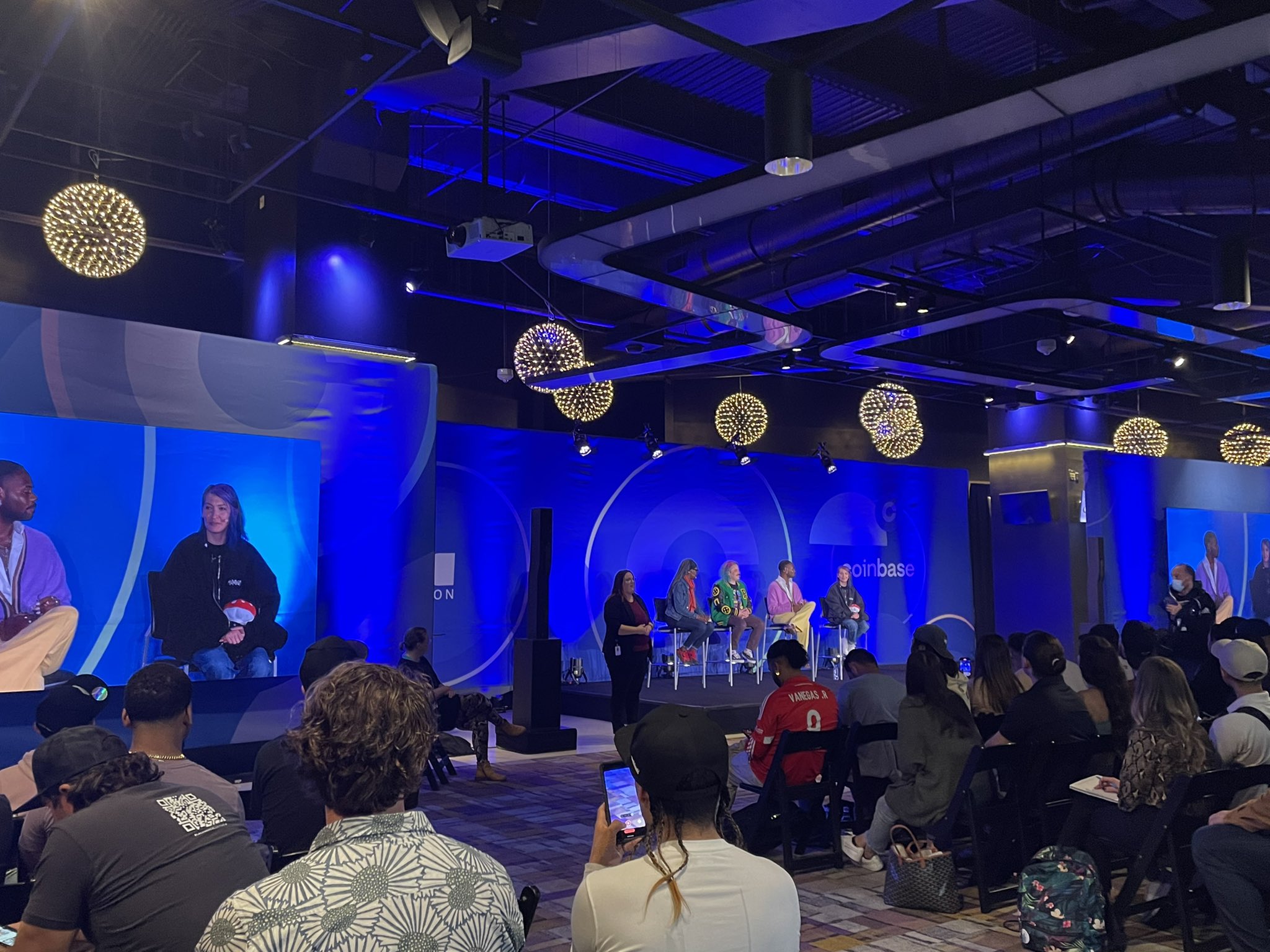 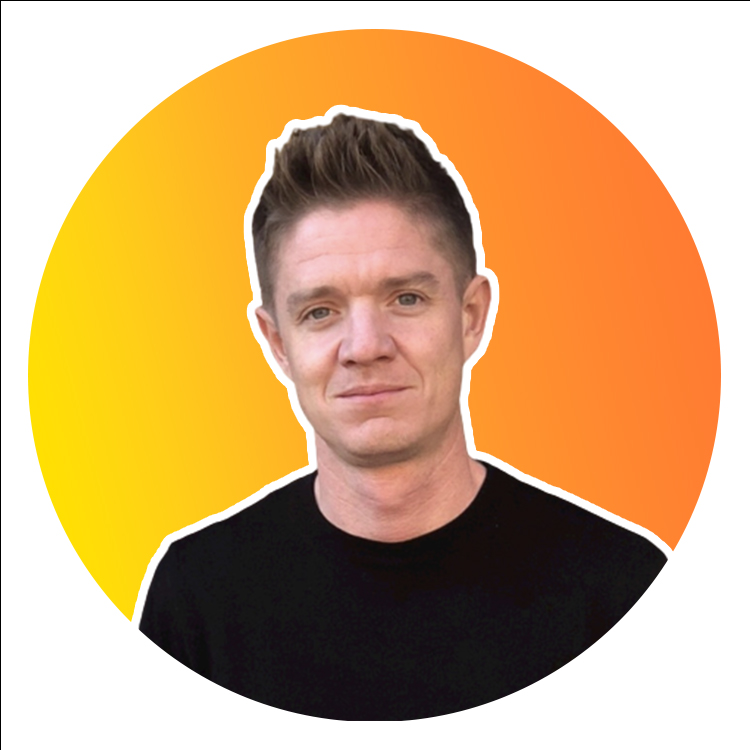 There has been a lot of noise recently about Web3 – the third iteration of the internet – and the often flippantly disregarded metaverse. At Hidden one of our values is ‘progress over perfection’ and for us, nothing is bringing faster innovation and creative opportunity than the new frontier of Web3.

This technology is the fastest-growing ever seen in humanity, twice the rate of the internet in the late 90s, and presents a macro opportunity to set a meta-culture and society with new rules. Unbound by the systemic bias and inherent elitist behaviour seen in previous iterations of our creative economy. Web3 and its digital asset ownership structure of NFTs democratises access to creativity, empowers creators and brings equity in prosperity. Grand statements indeed, but is this actually possible? And what on earth are you talking about?

Let's break down some basics:

This is widely considered the ‘third version of the internet’. Unlike Web2, which is what most of us know today. Dominated by a few huge companies who provide services/ communication tools for you in exchange for your personal data, Web3 is run on the blockchain and as such becomes decentralised. Ownership of the data is passed down to the people that use it. Web3 provides a more democratic system in that there are no restrictions on who can be part of the network – neither users nor suppliers will require authorization from a governing body in order to participate. Services are available to everyone, and individuals can influence the networks based on the value they provide.

Is this the concept that we will all live in a computer game? Or even worse, a slightly more elaborate version of Zoom? The metaverse is more than that and broadly provides an overarching term for the future of the digital society. It provides the building blocks for new forms of communication, experiences, and a digital economy. Seamlessly connecting with our physical lives AR, XR and VR technologies will overlay IRL and allow us to interact with objects, people and of course… brands.

NFTs (Non-Fungible Tokens) represent a new form of ownership for a digital asset. A huge fundamental advancement in the digital world allows people/ consumers to verifiably own something. “Non-fungible” more or less means that it’s unique and can’t be replaced with something else. For example, a bitcoin is fungible — trade one for another bitcoin, and you’ll have exactly the same thing. A one-of-a-kind trading card, however, is non-fungible. If you traded it for a different card, you’d have something completely different. “Token” - it is stored on the blockchain. A contract written in code demonstrating the ownership of that thing. This ownership is being applied to items in games, art, collectables, fashion, music and more. It opens up the new frontier of the digital economy.

So is this taking off?

A new generation of digital-native audiences has emerged. Customer needs are changing and the new wave of digital experiences and ownership models are impacting all parts of the creative economy. Innovative organisations are pushing the boundaries of how people connect, shop, game, collect and interact. NFT sales in the first 6 months of 2021 topped $2.5 billion which is impressive, but compare that with over $5 billion in just January of this year, creators brands and subsequently marketeers are scrambling to get in on the action.

Creative agencies are exploring how they can find their place in this new world as brands turn to them for help with their strategy. Wherever there is a large and growing audience, it is inevitable that brands want to follow. Even more so than social media, brands must find a way to enter the space authentically and many have been criticised for ‘jumping on the bandwagon’ and getting it wrong with a perceived cash grab. Forward-thinking agencies like VaynerX have already set up a dedicated NFT agency, VaynerNFT and count Budweiser and Pepsi as their clients. As long-standing partners of the Vayner family, it was a natural progression that Hidden established itself as the first embedded diverse hiring solution for this new economy. Recently Arthur Sadoun, Publicis CEO, described the metaverse in Campaign as, ‘a real opportunity, as it will add a new dimension in personalised experiences at scale’ and agency VCCP opened a metaverse office in platform Roblox. Despite this, some agency leaders we speak to are sceptical and remain unsure if they should engage with the space. We have no doubt, like social media, these agencies who are slow to react will in time lose market share.

Hidden’s entry to the space was to partner with Web3 native companies in an NFT art project called INCLUSION.

INCLUSION showcased a rich and diverse tapestry of 8 creators; each with distinct styles, and united to shine a light on underrepresented communities. Each piece explored inclusion and belonging, and what it means to each artist through their own lived experience. There was a commitment from all involved to reinvest funds to build a more equitable NFT creator community for the future. The project is now funding an Emerging Artist Grant, a mentoring scheme and a metaverse education programme. Examples of global brands executing thoughtful NFT strategies include:

Adidas is launching “Adidas for Prada re-source,” a digital art creation project that will allow fans to contribute to a tiled canvas that will eventually be minted into an NFT and sold at auction. A 15% share of the final sale will be split among fans who contribute, with 80% donated to non-profit Share Factory and the remaining 5% to digital artist Zach Lieberman, who will help to curate the design.

L’Oréal Paris jumped into the crypto art world, using a philanthropic initiative. L’Oréal Paris commissioned five female artists to create pieces with inspiration from the red shades within the new L’Oréal Paris Reds of Worth by Colour Riche range of lipstick. L’Oréal Paris wanted to draw attention to the lack of female representation in the NFT space with its approach to NFTs.

So there is without doubt progress, but it is also by no means perfect. Web3 is an early frontier with much uncertainty, a lack of regulation and a frightening pace of change. Safety bias will kick in for many and opportunities will be missed. For Hidden, we seek to never stop learning and thrive being at the front of innovation. Our immersion in the space, through the recent involvement in the INCLUSION NFT drop, and partnering with new clients like music and blockchain gaming company Pixelynx, has allowed us to be early experts. We are at the front of the conversation for building a more equitable and inclusive Web3 and are excited by the possibilities of democratisation through decentralisation. We have the knowledge and network to support high growth Web3 businesses build in the right way and harness greater innovation through a diverse workforce. Organisations that set their processes in an equitable way now, will capture much greater economic and cultural benefits in the future. And with the pace of development and change, that future is much closer than many may think.

Although we have taken strides to integrate ourselves within Web3 culture, there are endless creative opportunities when talking about Web3 and the evolution of the internet. If you are a growing business wanting to learn more about the space, or how to embed Diversity and Inclusion into your talent strategies, please get in touch. Let’s learn together and create a better digital future.

Join our team and be part of Hidden - donna@hidden.io

Find a job with one of our partners - kim@hidden.io

Learn more about our expansion into the US - edwynn@hidden.io